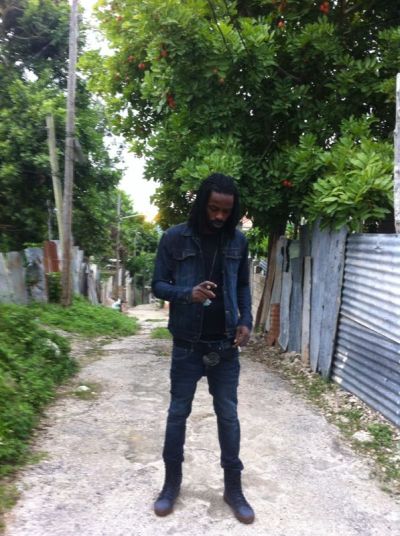 Montego Bay-based deejay Ryme Minister knows that life imitates art and vice versa. He knows only too well the bloody consequences of gun violence. He lost his mother, and three brothers in separate incidents over the last couple of years, so when he sings about killers and death, he is singing about his life.

The talented rhyme slinger is setting Montego Bay and western Jamaica alight with a slew of brilliant singles, the most popular of which is ‘Killaz and Killaz’.
The songs have cemented his place as an underground star in the grimy ghettos of Montego Bay. Singles such as ‘Shub Out’, ‘One Umbrella’,
‘Push Forward’, and the witty ‘Desert Eagles’ are already anthems on the lips of teenagers in the second city.
“Killaz and Killaz ah one of the biggest songs in Montego Bay now, ever
y go go club and dance it ah play inna right now. The song also a generate a good vibe in places like Negril, Sav and all over Westmoreland and Hanvoer. The buzz is so good, right now, we’re planning to shoot a video next month for it,” Rhyme Minister said.
He has developed a very strong following in Montego Bay and his songs are fixtures on underground mixtapes and clubs in western Jamaica.

Born Fabian Sawyers, he grew up with his parents in the tough neighbourhood of Glendevon in Montego Bay, where he attended Glendevon All Age
and then Knockalva High school.

“While I was at Knockalva, I got introduced to music, beating desk, and deejaying to beats. At that time, I used to sing over Bounty Killer songs, till I began to make up my own lyrics. I am inspired by all the deejays I listen to but Bounty Killer who ah just the man, no doubt about that,” he said.

When he left school, Rhyme Minister focussed initially on a career as a dancer, and built up a great reputation as a flashy dresser and competent dancer as a member of the Pink Eye crew.

“We were called the Pink Eye crew because our eyes were always red like a car brake light,” he said, laughing.

It was not until one year afterward that he began to take music seriously.

“When I was in school, mi dance full time and deejay like half ah the time, but mi friends dem say mi can deejay and dance good so I should try deejaying and mi just do it one day. My first single was ‘From Dem Love Talk’ at Crazy Dark studios in Rosemount,” he said.

At that time, he was known in his community as ‘Bugs Crime’ but a chance encounter with Isaiah Laing, promoter of the annual Sting concerts, changed
all that.

“I was booked to perform at Sting and Mr. Walker and Mr. Laing told me they were not promoting any crime ting and that I should change my name, and they changed the crime to rhyme and it just shot, everybody love it,” he said.

Although he has not officially signed to any label, he has inked a management deal with the publishing company, Starplus Management.

He recently performed at Reggae Sumfest’s Dancehall Night where he gave a good account of himself, and he has rocked crowds in Ocho Rios, Falmouth and Savanna-la-Mar.
“Right now, mi a try create my own dancehall movement. Mad move bebble!” he said.