Reggae singer Dalton Harris wowed Reggae Sumfest’s Festival Night Two Saturday night with a brilliant nuanced performance that showcased his vocal versatility and showed his vulnerability as he deejayed a song to address the controversial events that have shadowed his life for the past year.

He deejayed a song where he said he “whyed” himself over the picture that showed him sitting in another male’s lap.

“Me nah hate nuh body and me nah beg nuh pity, but di same judgemental people a di same ole inequity. Sumfest, a me fuss ‘Why’ miself over the likkle picture, but me shoulda know better because me know Jamaica culture. Me nuh lean or me nuh wobble, everything copacetic, nah sell me soul or sexuality fi nuh million dollar cheque,” he said.

Earlier in that same song, he addressed the controversial relationship with his mother, Sylvia Harris and what members of his community in Sanguinetti, Clarendon had been saying about it, a spat that started after a newspaper interview and spread like a bush fire conflagration on social media.

“Dem wah me dead and dem seh mi diss me mother, me tell di truth bout me abuse and di poverty weh me conquer. Some people weh a talk nuh like dem mother and dem father,” he deejayed.

Harris, who won the UK X Factor last year, is also a former Digicel Rising Star champion, having won the talent show in 2010, also commented about performing at Reggae Sumfest during that show, but being shunned by the audience. He said he had promised himself to change around his fortunes there within 10 years. He also revealed that he was paid $2 million for his performance.

Harris also performed a couple of his X Factor songs, including Whitney Houston’s ‘I Have Nothing’.

Tue Jul 23 , 2019
A 24-year-old woman who was battling for her life in hospital after being attacked and doused with a corrosive substance in Clarendon on Sunday, has succumbed to her injuries. The woman has been identified as Sherion Morrison, a cashier of Sunset Crescent in the Four Paths area of the parish. […] 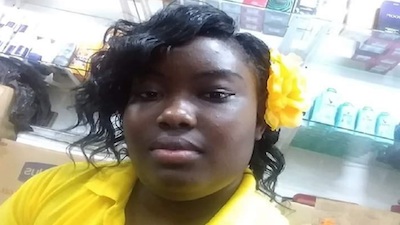