Dancehall artiste Terro Don is pleased that his breakthrough single, ‘Solid’ is doing so well in the streets and radio.

“The song really a generate a buzz so I plan on shooting the video for Solid with high energy, good scenes and drone shots. I’m going to come with something different that the fans will be amazed with,” the confident Terro Don , whose real name is Omar Green, said.

The single, which was released via the K Swizz Music on April 10, 2020, is now generating waves on the local dancehall circuit, as it has been added to several street mixtapes.

Other singles which he has released include War on the Cyzmik Music, Why on Tensai Music label and Haunted on the Up a Hill Management label.

“I’m planning on shooting videos for most of the songs later this year,” he said.

Terro Don has generated the most buzz with his ‘Haunted’ single which became popular on the grimy underground music scene.

He grew up in the Trench Town area of Arnett Gardens, and attended Donald Quarrie high school. He represented the school in football at the Pepsi, Colts and Manning Cup levels.

When he left high school, he became an entrepreneur where he established a successful retail business. Last year, he found himself drawn to music.

“I am drawn to music because that’s the only way I can express myself, it creates an avenue of self-expression that works best for me,” he said.

Asked how he got his nickname ‘Terro Don’, the young rhyme slinger said:

“Mi bruck a girl’s heart and from that she start call me Terro like I was a terror to her…but the youths dem add the don to it.”

Last year, Terro Don recorded a single called Run Di Place, his debut single and since that time, he has worked assiduously, logging several hours in the studio, honing his skills.

Sun May 23 , 2021
HOT dancehall act Skillibeng has made his debut on the British pop chart with Crocodile Teeth debuting at number 74 on the United Kingdom Official Chart. Crocodile Teeth was released last October and is co-produced by Johnny Wonder and Adde Instrumentals. A remix of the song featuring rapper Nicki Minaj […] 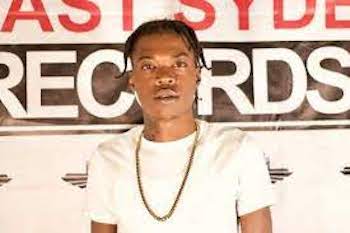