Skip to content
The streets are talking about the brilliant new sound of recording artiste Double K, whose ‘Caan Sleep’ has been bombing FM radio into submission over the past three weeks.
“The response has been so great, my management team is looking to do a video for the song,” the artiste, whose real name is Kelisha Kadian Green, said.
Hailing Papine in St. Andrew, Double K got her big break in 2006 when she met popular music producer, Supa Hype. He gave her the opportunity to voice her first single, “Double Up”.
“I used to name “Lady K” but Jimmy Cliff’s son (Deanie Cliff) give me the name Double K. One day, he asked me my real name and I told him and he said “alright Double K, that’s two K’s,” she explained how she got her monicker.
Currently under the tutelage of hardcore dancehall icon, Bounty Killer and music producers, Deejay Karim and Black Sheep, Double K idolises former Queen of Dancehall, Lady Saw.
“I love hard core dancehall music…when I was small I always deejay her songs so mi just love her…mi fall in love with her. Saw just plain and just raw and she don’t care,” she said, adding that her other “role models in the industry are Bounty Killer, Beres Hammond and Rihanna”.
She is looking to up the ante in 2016.
“My goal is to become an international star. I’m around Bounty Killer and he’s pushing and guiding me through the way. I am just focusing and working hard to achieve my dreams, she said.
There are already plans for her to do a promotional tour in Canada this Summer.
“I’ll be in Canada this Summer with the Wisdom Promotion team…i already have a booking for Ring Night Club on Colborne Street, Brantford and then Toronto,” she said. 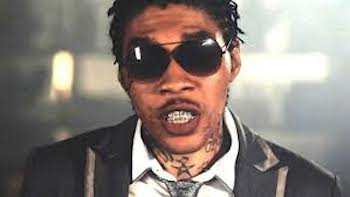