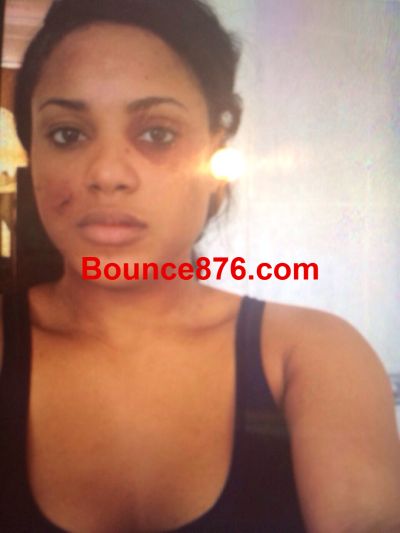 Bloggers took to social media last night in the wake of Down Sound recording artiste Ishawna’s interview on CVM’s Onstage. She appeared close to tears as she spoke about the physical abuse she suffered at the hands of her estranged father of her child.

“Foota is the reason why my child is going to look back, ten years from now, and see all those disgusting things he is saying about me; that is not my doing, that is his doing. When Foota is beating me in front pf my child, that is not my doing. He is not thinking about his child when he is beating me in front of his son.  I decided to leave because me  rather take myself out of the situation, I don’t want my son to grow up thinking that it is OK, it is not OK,” she said

She blamed herself for allowing the psychological and physical abuse to continue for nine years.

“I was wrong, I am going to take the blame, I should not have stayed for nine years. But who feels it knows it, sometimes when you in a situation, only when you in it, you can understand.  I know there are other women who are scared to leave, for various reasons, you might not have the money, you might not feel secure, you may feel threatened, but I just want them to know they can leave, I was willing to give up my career,” she said.

She also believed that Foota Hype started a media smear campaign to irreparably damage her career which has been boosted by the ‘Restraining Order’ single on the High Life riddim.

I was scared but I just couldn’t take it anymore, I found the courage to leave, and that is the big problem. Foota feel that if him caan have me, mi nuffi reach nowhere in life,” she said during the interview.