Female producer-songwriter Prudence Plummer is amped that her latest single, ‘Hot Song’ by perennial dancehall hitmaker Blacker and Tabeta Cshae, has been added to the playlists of major radio stations in Jamaica.

“The early feedback has been very encouraging so far, the song has been streamed several thousand times online, and now that the song is now on the playlist of at least two major radio stations. We’re moving into the next phase of promotion with a video as it’s my most successful song so far,” Ms. Plummer, chief executive officer of One Hundred Degree Productions, said.

Released on the One Hundred Degree label in August, the song is available on all major download digital platforms.

“This is a happy song for the girls, an empowering song for the females who know that no man cannot take them for fools, and they are proud to be independent. I feel good to be able to help put One Hundred Degree production on the map as it is headed by a female,” he said.

Ms. Plummer has been making steady progress in her bid to become a well-recognised music producer. She is unafraid to break glass ceilings in a male-dominated industry.

“I decided to become a producer out of my love for music in general but an even greater love for dancehall and reggae that I grew up on. There is a lot of talent in Jamaica and I wanted to add my contribution by giving talented young men and women an opportunity to fulfill their dreams,” she said.

It has not been an easy journey, but she acknowledged that others “were very willing to help and coach me on this journey’.

“I think the greatest challenge was not knowing anyone and trying to break into the industry. It was very challenging to navigate but I wouldn’t be where I am without the help and mentorship of another female producer Shelly-Ann Curran of Shelly Ann Curran Music Group. Although she was working on her own projects, she was always available when I had questions and pointed me in the direction I needed to go,” she explained.

She has produced singles in the past such as Sean De Vere’s ‘How Long’ in 2016, ‘Something Like Magic’ by Shac in 2018 with Gun Hill Entertainment and ‘Not Possible’ by 1 Point with Shotty Shane Productions which was released in August 2020.

Wed Sep 2 , 2020
Dancehall singjay JB the artiste is on the verge of major breakthrough with his latest single, 'Never Never' which boasts the clever internal rhyme schemes and construction which showcases the artiste's laser-like focus on his craft. 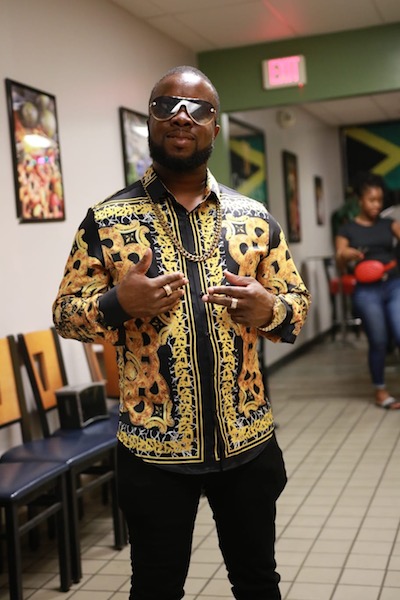