Many Jamaican children have terrible memories of a concoction known as ‘Mojo Herb’, which every child was forced to imbibe at the end of Summer. This nasty-tasting herbal laxative was given to purge the body of all impurities from the range of sweets and tasty foods consumed over the holiday. However, reggae artiste Christopher ‘Mojo Herb’ Pearce, singer and songwriter, is proud of his name.

“I got the name Mojo Herb from my grand-dad who also is called Mojo Herb, due to the herb he makes for years called (Mojo Herb) that is good for purging the blood. I took that name and used it in music, so I am purging the music.”

The artiste has been inspiring people with his conscious lyrics since 1998, first generating national attention when he placed in the top ten of the entered the 2011 Jamaica Festival Song competition with the title song named ‘Jamaica The Land Of Beauty’. Now, he is on the verge of his first breakthrough hit with ‘Mamma’, a touching tribute to his mother.

“Naturally, my Mom inspired the Mamma song because I wanted to thank her for her strength and endurance to overcome all the struggles we went through and the strong love I got for her,” he said.

The song which was released in September on the Ambassador of Choice Records (AOC Records) label on the Choice rhythm that includes hot artistes like Intense, Qada, Beenie Man, Terry Ganzie and Zamunda. The project is doing well locally where it has been added to the playlist of several mixtape selectors and it has been racking up spins on local radio stations.

“I performed the song in local venues in Negril, in St Thomas and Kingston so far and ah just crazy forward. My hometown is Berlin in St. Thomas and they are really loving the song and super excited about my progress,” Mojo Herb said.

Born in the parish of St. Thomas, Pearce attended Morant Bay High school during his teenage years. He hails from a musical family in which his grandfather who sang and played the guitar. After leaving high school, Mojo Herb recorded his first single, Government Thing, and he knew he was destined to be an artiste.

One of the artiste’s biggest influences is Bushman, an internationally known reggae artist. He introduced Mojo to the famous Lazeme studio located in Negril, Jamaica where he worked as an engineer with reggae icons such as Frankie Paul and Luciano.

During his 2011 run in the Jamaica Cultural Development Commission’s ‘Festival Song’ contest, he emerged one of the crowd’s favourites because of his dynamic stage presentation as he toured the parishes with other artists which included previous festival song winner Tinga Stewart.

“The Festival song is where I got my first taste of the music, and it made the Mojo Herb name popular islandwide,” he said.

Mojo Herb is presently signed to AOC Records, a rising superpower in western Jamaica. He is being promoted by Denise Smith, head of Quality Marketing Events & Consultants. He is being managed by Collin Johnson of AOC Records.

“Mi love the work of AOC Records which has continued to give support to communities and the entertainment industry even in this pandemic,” he said.

Wed Nov 11 , 2020
Shortly after posting some pictures of himself in the East Syde Studio on his social media page (@gaps7_), people started speculating that the artiste is now the next new recruit of the high-riding East Syde camp with young hitmaker Skillibeng. 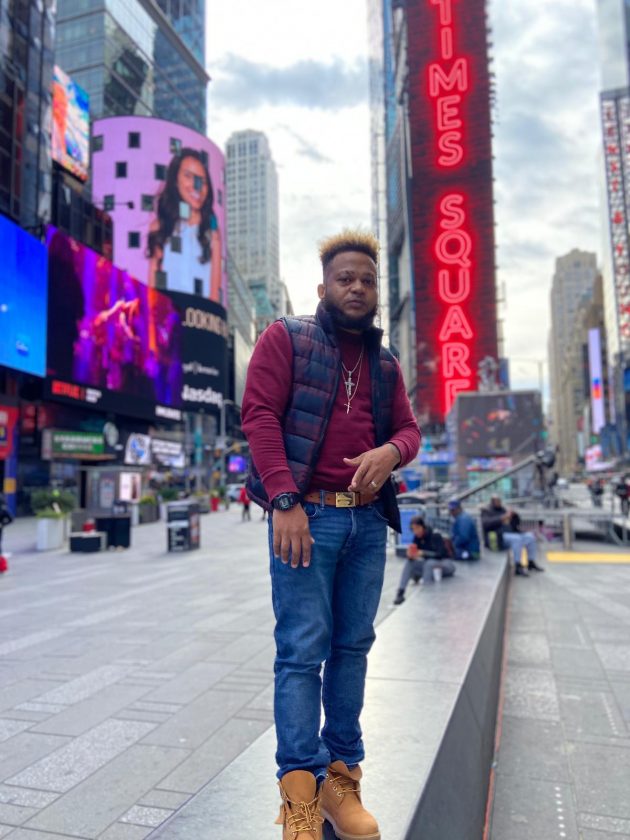