Jamaican sports commentator Oral Tracey has voiced a new single, urging males to ‘man up’ in a humorous track called ‘In A Nikki House’ (Mickey Mouse). The song, released on the Yellow Leo label a week ago along with humourous visuals,  has racked up several thousand views on YouTube.
This is Tracey’s second foray into dancehall, following up on a bouncy dance song called ‘Camera’ Trick on a Truckback Records compilation project several years ago.

“Basically, the vibes to do this song come from spending so much time at home.  I used the spare time to construct a song telling the Jamaican men fi ‘man up’ and govern yard in all senses. I had the lyrics and made my bredrin Stretch hear it and he recommended a chorus, and I had the Mickey Mouse idea and it matched with the concept and it worked, and the rest is history,” Oral Tracey said.
According to the Oxford English Dictionary, to “man up” is to “demonstrate toughness or courage when faced with a difficult situation”.

“The reaction has been great. It is a song that is telling Jamaican men not to be a ‘Mickey Mouse’. In Jamaica, there is a slang that goes ‘yu ah move like Mickey Mouse’ which is not very complimentary, so hopefully, this will get men to man up and stop behaving like a cartoon character, keep your woman happy in all regards. If something fi fix in the house, the kitchen sink, the roof…whatever, as a man make sure everything is taken care of , and fix up the woman too,” the humorous Tracey said.
Tracey said the song was inspired by his observations of his action of some of his friends who had allowed their personal relationships to enter an unhealthy dynamic that threatened their masculinity. This dynamic became even more pronounced during the lockdown which brought financial and social pressures to bear on relationships.
“Mi have friends mi observe a live like some Mickey Mouse cause their women start tek some step with them. The pandemic has been rough on a lot of men, and destroyed relationships,” he said.
It’s old news that the pandemic has affected many core relationships, creating “the perfect storm” for couples, with lockdowns and social distancing causing them to spend increased amounts of time together.

In the US, a major legal contract-creation site recently announced a 34% rise in sales of its basic divorce agreement, with newlyweds who’d got married in the previous five months making up 20% of sales. There’s been a similar pattern in China, which had strict lockdowns, and in Sweden. In the UK, British law firm Stewarts logged a 122% increase in enquiries between July and October, compared with the same period last year, while Charity Citizen’s Advice reported a spike in searches for online advice on ending a relationship.
“The whole dynamic has changed and even in my personal situation, people are forced to spend more time together in the family settings, even men who lived with their woman before, didn’t normally spend so much time at home. Ah the first time mi spend so many consecutive nights and days with my woman, it was unusual but we developed a closer bond,” Tracey reasoned.
Oral Tracey, a popular sports commentator, has one of the most popular and regular news/sports commentaries of its kind with his irreverent opinionated and funny take on local sports events. He has attracted as many fans as he has detractors. He hopes his single, In a Nikki House will resonate with an ever larger audience.
“Stream it, download it , watch it, this song is a wake up call,” he said.

Fri Sep 17 , 2021
The words ‘curfew’ and ‘lockdown’ are two of the most researched new words in the English lexicon in the last two years. So it should come as no surprise that the vocal trio Emeterians have dubbed their new album, the “Lockdown Project”.Co-produced by talented Spanish producer Cosme Deyah, the 10 track project […] 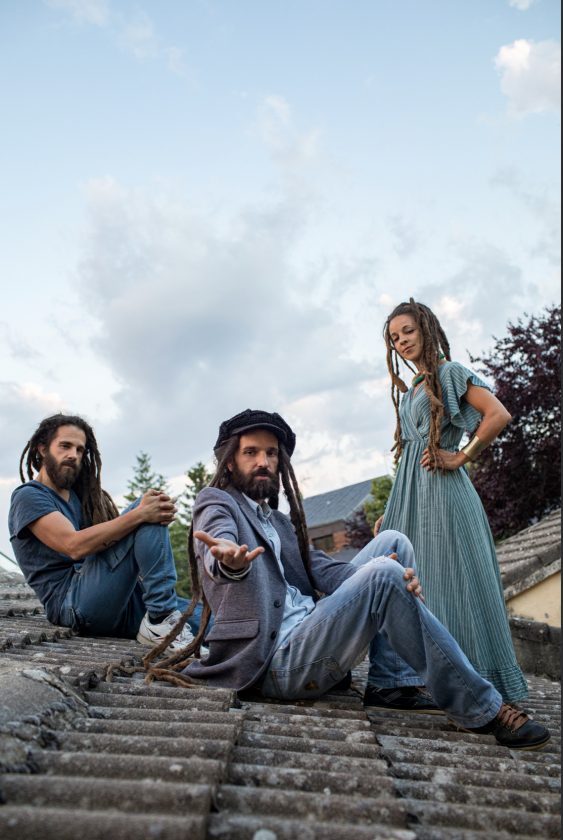