In the year 2003, reggae singer Joseph Velvet was on the verge of releasing two singles when tragedy struck. He had a major motor vehicle accident that left him with serious spinal injuries, halting his music career.

“It was a really tough time for me,” the artiste whose real name is Joseph Jordan Jones, said.

Depression haunted his every waking moment.

“Overcoming depression was a big challenge but with the help of our creator all challenges can be overcome.  I wrote songs during rehab, I meditated, it was a very painful and stressful time but I got through it,” he said.

After years of intensive rehabilitation, Joseph started feeling better but the doubts lingered. Finally, he started to record and write again, and this year, he is gearing up to release a single, Do What I Gotta Do.

“The song was inspired by the great love of my life. She inspired every word. Since I began promoting the song, the feedback has been incredible. This has the potential to be my biggest hit just judging by the early feedback, everybody loves it, especially the women,” Joseph Velvet said.

The song’s chorus goes: If I could run lef Bolt and beat Tyson/Tek weh Beckham ball/Be a superstar/Then I gotta do what I gotta do…this love I have is true/nothing is gonna stop me from having you/all these things so hard to do but I would do them anyway for you.

“It is about the impossible things a man will do in this life in the name of love,” he said.

Born Joseph Jordan Jones, he grew up in Cockburn Pen in Kingston Jamaica. He graduated from Penwood High before he migrated to the United States in 1985 and he got involved in the music business when he recorded his first single, a cover version of Wild Flour in 1987. The song was distributed by VP Records, and generated a buzz on the local reggae scene, and he began performing and opening for various reggae stars such as Dennis Brown, Freddie McGregor, Gregory Isaacs, Beres Hammond, and Shaggy among others.

He attended DeVry University and the ITT Technical Institute where he studied drafting and design, but still continued to pursue music, never giving up on his dreams. He performed in various clubs and entertainment spots, and continued to release songs but none gained recognition. However, he was sidelined by the serious accident for five years.

He started performing again in 2008 with the encouragement of his son, Joseph Jr. whose untiring belief in him helped to propel him out of self-doubt. He released two singles, ‘Arms Around Me’ and ‘Love Face’ in 2008.

In 2012, Joseph Velvet inked a digital distribution deal with Star Tune records of Nashville TN. Years later, he scored his first chart hit with the single, Mean It, distributed by VPAL. He has also charted several songs such as Fun Night and Anyway on the Philadelphia ethnic reggae chart. Fun Night was produced by Boris France, Aaron Spence and Devon ‘Prof’ Nunes.

“The single, Anyway, was certified by Tunecore as having 1,000 streams worldwide recently,” he said.

Before the COVID-19 virus hit, Joseph Velvet delivered a marquis memorable performance as the opening act for Beres Hammond in Philadelphia, at Club TLA November 2019.  He also performed alongside Brigadier Jerry and Michael Palmer  in Camden, New Jersey in October 2019.

In 2018, he re-released the reggae gems, Love Face and Arms Around Me, which are available on digital platforms such as iTunes and Amazon.

“That deal put me back in the reggae music mix, and I did another single “Captive Prayer” which was also pre-released on SoundCloud.com and YouTube.com, so things are looking up,” he said.

He will be releasing his first album dubbed Perseverance later this year. The album will feature songs such as Anyway, Tell Me, and Do What I Got to Do.

“Giving up should never be an option when facing difficulties, that’s the time your spiritual strength should chip in, time doesn’t matter while you’re down, it’s your time now that matters,” Joseph Velvet said.

Fadagad gunned down in Mobay

Sat Mar 6 , 2021
The artist, whose real name was Adrian Alexander of Katon Lane in Mount Salem, Montego Bay, was shot and killed earlier this morning. He was 26 years old. 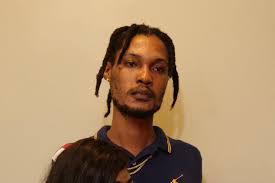