Detective Constable Paul Gordon was killed during an unprovoked attack by a man believed to be of unsound mind this morning. The incident reportedly happened as he walked along King Street, in the vicinity of Sinclair’s Bargain Center, Linstead, St. Catherine.

A contingent of police officers reportedly shot and killed the perpetrator not long afterwards.  He has been identified as Alwayne Shakespeare, who is 25 years old. Shakespeare has had a violent history of attacking people in the streets.

The Corporate Communication Unit confirmed the incident. Paul Gordon was attached to the Scenes of Crime Unit at Linstead Police Station.
“We can confirm that Constable Gordon was killed by the man believed to be of unsound mind. The perpetrator was later killed in a confrontation with cops,” the representative said.

Detective Constable Gordon was reportedly walking along the roadway towards an ATM when he was attacked and hit with a stone approximately 6:45 a.m when the known man of unsound mind flung a stone which hit him in the left side of his forehead. Constable Gordon fell to the ground bleeding and unconscious. He was quickly assisted by police personnel but succumbed to his injuries while being treated at the Linstead Hospital.  The man of unsound mind escaped but was later accosted by cops. He was subsequently killed.

Jayda parties up a storm in Jamaica

Sat Sep 25 , 2021
Mighty God of Daniel! Did you guys know that Jayda Cheaves arrived in Jamaica on Thursday to celebrate her 24th birthday? The ostentatious YouTuber, who rose to fame after having a baby for Lil Baby, is now a multi-millionaire businesswoman.  Last year, her on-again, off-again rapper boyfriend threw an Air […] 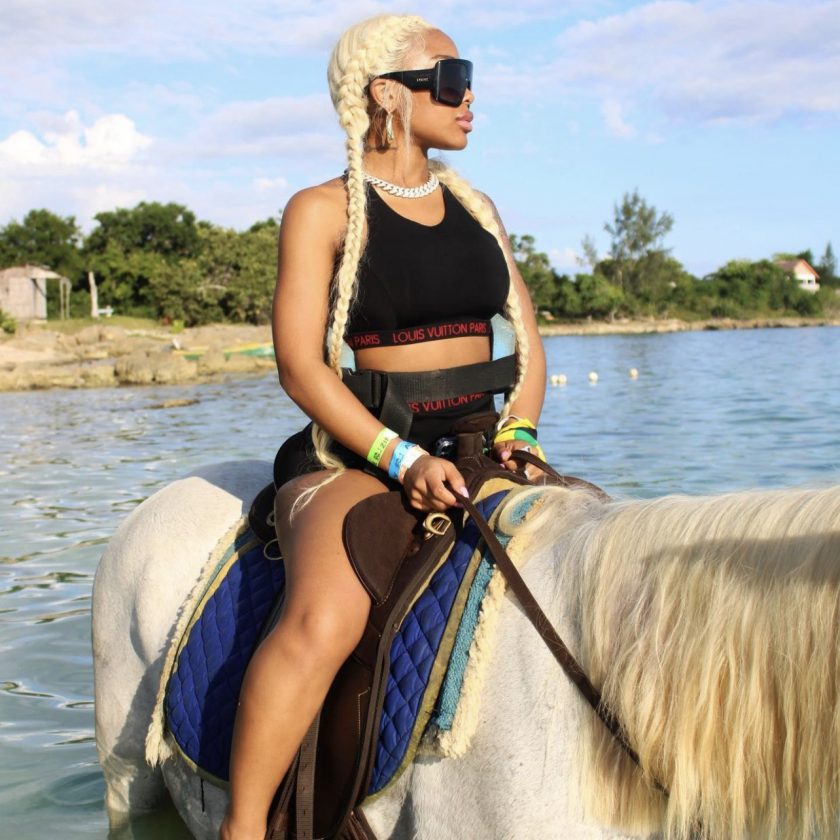