“Recording with Sizzla was a very interesting experience, he really lives his music, the music lives in him. He comes up with a lot of the stuff on the spot and it was inspiring to witness that. I went to his studio in August Town and it was a great vibe,” Lil Hanky Panky said.

She had always been a huge fan of Sizzla’s music.

“I liked his vibe before that, I know he has a big influence in the reggae culture and he is very versatile, a lot of his new material is different from what he had before…it’s even more inspiring,” she revealed.

Lilie, who is now in the United States, did her first official live performance at The Major G.O.M.L Smoke show in Trenton, New Jersey over the weekend. The show features acts such as Lucci Loner, Sunsoul, Smoke 100, Juiceman, Mike Mizy, Ki Ki and others from the New Jersey music scene.

Lilie hopes to shoot visuals for Closer the Better soon.

“I am pleased with the outcome of the song, it has a catchy vibe, everyone who hears it keeps singing the melody and I really love the song. A video is in the pipeline, but Sizzla has been busy working on his album and fixing up Judgment Yard but as soon as he is available, the video will  be shot,” she said.

A German-born artist, she came to Jamaica to study dancehall music two years ago, and through a series of extraordinary events, is now recording music in Jamaica. She first came to public attention when a homeless man, ‘Stamma’ made a cameo appearance during her Sativa video shoot in downtown Kingston, and a clip of him singing went viral.  Dancehall fans seem fascinated by ‘Stamma’, who they see as probably the next incarnation of Gully Bop.

She grew up in Hannover, Germany, where she attended Hochschule für Musik Theater und Medien (College for Musical Studies, Theater and Media) in Hannover. She developed an early love for dancing and by the time she was an adult, she became a professional dancer.

Sizzla is considered to be one of the most commercially and critically successful contemporary reggae artists in the annals of Jamaican music. He is  noted for his prolific production of high quality music with more than 70 albums to date, the most recent being Million Times and On a High.

Emerging in the latter half of the 90s, he helped lead dancehall back to the musical and spiritual influence with heavily Rastafarian subject matter. His major breakthrough came with the release in 1997 of the now classic album, ‘Black Woman and Child’ (Greensleeves) which bore slick production from the late Bobby ‘Digital’ Dixon. The evocative title track, issued as a single, rapidly achieved anthemic status.
More hits followed such as Babylon Give Dem a Ride, Thank You Mama, Praise Ye Jah, Woman I Need You, Solid As a Rock, and Take Myself Away.

Tue Sep 28 , 2021
Popular US YouTuber Jayda Cheaves, also known as Jayda Wayda, and Gregory Wright, a member of her entourage, are in hot water in Jamaica and we’re not talking about a jacuzzi. Both were both charged by police in Jamaica with the illegal possession of a firearm and ammunition, after two […] 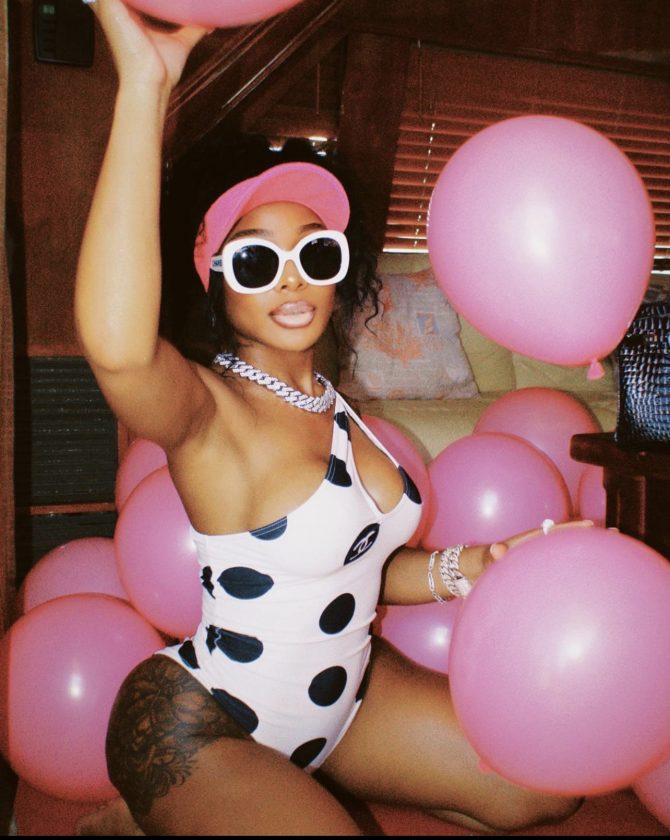