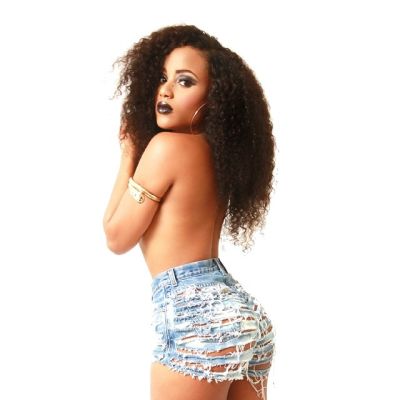 Down Sound recording artiste Ishawna has generated over 100,000 views on youtube with her popular but controversial ‘Need Love’ video.

This is her second video to cross the 100,000 views threshold, following in the footsteps of ‘Do For Love’ featuring Specialist.
“This is great news, it shows that my brand is growing and that my fan base is expanding so all the hard work is paying off. I am just going to continue to work hard and do great songs The song is doing extremely well, which has made me happy because a lot of work was invested into it,” she said.
The ‘Need Love’ music video, produced and directed by Downsound Records, has also hit the top tier of the HYPE TV and CVM’s Hit List charts in recent weeks.
However, it is her new single called ‘Restraining Order’ on the JA Productions label that is generating a lot of heat in the streets. She performed the song for the first time to loud cheers from the audience during Popcaan’s back to school treat in Portmore, St. Catherine over the weekend. Called up to the stage by Bounty Killer, she delivered a knock out blow with the controversial single and had the ladies in the audience cheering for her, as she spat lyrics which seemed to take aim at her former lover, Foota Hype. They giggled at the lines: ‘bwoy cock up him big foot snoring’ and sang along as she crooned: ‘man have a right, woman have a right too, you use to hurt me now a me a hurt you.”
Ishawna also performed her ‘Need Love’ hit single, backing it up on Sizzla, and bragging she was going to “take weh Sizzla for a night’ while the rastaman gyrated on her. At one point, he grabbed her in the back of her blouse when she attempted to walk off, saying hold on’ and the crowd roared its approval at the rastaman’s aggression.
“Popcaan’s treat was too real, I swear. Special big ups to Bounty Killer for calling me out and a special shout out to Sizzla for the performance, it was simply great,” she said.
Ishawna, recently launched her company, Legendary Cosmetics, and is happy with the progress of her career.
“It’s really cool that my career is generating this amount of buzz. I feel really honoured and must say thanks for all the continued support,” she said.
You can follow Ishawna on Twitter @ishawna and on Instagram @mslegendary.

Vybz Kartel kicks Gaza Slim out of Empire??? @one876

Wed Aug 27 , 2014
Will Gaza Slim be forced do some time on her perversion of the course of justice charge, especially since it is linked to the murder charges that Kartel has already been convicted on? That must be hard to ‘swallow’ given that she is no longer an official part of the […]