Skip to content
Dancehall star Beenie Man celebrated his birthday on August 22nd. However, the Doctor will host his birthday party dubbed ‘Dweet Again Part 4’  on Tuesday in downtown Kingston at 3B Port Royal Street.
The central theme for this birthday party will be peace and unity.
“Fire Links and Stone Love will be reunited, this is the first time they will be playing together since they split. Also, Boom Boom and Fire Links were also in a little friction, and that will be put aside as well at this event,” said Rohan ‘Blue’ Smith, Beenie Man’s manager.

Mon Sep 14 , 2015
The mushrooming war of words between Justus Arison and Blak Ryno has taken a sinister turn with a member of the JA Productions team being threatened as well as a new artiste, Kurry Stain, signed to the label, receiving death threats. 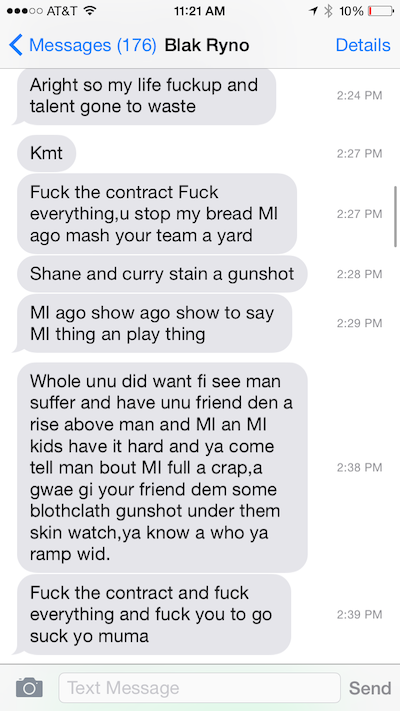