Dancehall star Akino Dirtfree is pinning his hopes on his latest dancehall banger, ‘Head and Shoulders’ which was released at midnight on July 24th on all online platforms.

“The feedback has been great so far,” the artiste whose real name is Norman Akino Clarke, said.

Recently signed to the US-based label, Program Ova Everything Music (P.O.E.M), Akino Dirtfree has carved out an impressive underground following in the Runaway Bay area of St. Ann. He put out an EP in 2018, and generated attention right away. He has performed at shows in Jamaica such as Sharkey’s in St. Ann, and over the past year, he has several shows in Atlanta nightclubs alongside artistes such as Mavado, Masicka and Alkaline.

“I actually got some great words of encouragement from Alkaline after I opened up for him on a show, so that was great,” he said.

He grew up in the rough neighbourbood of Pink Lane in Denham Town where he attended St. Anne’s Primary school and Tivoli Gardens High school. He migrated to the US in 2013.

“It was always in me to be an artiste, but I just never had the guts to pursue my dream. but the older I got, I started to take it serious, it just felt like my calling, and when I saw Chronixx and Alkaline ah push out, it inspired me to do the same,” he said.

Dirtfree lists his primary musical inspirations as I Wayne, Sasco, Junior Gong, Chronixx. He recorded and released his first official single, Sidestep, in 2016, on his own Dirtfree Music label.

Since that time, he has been finetuning his sound while listening to a wide range of genres, and now, he is ready to unleash that sound on an unsuspecting public.

“Mi plan to be the biggest artiste who ever live, that is my aim and goal,” the brash youngster said.

He is also promoting singles such as ‘Telescope’ on the Brick pon Brick rhythm, ‘Head and Shoulder’ on Numbers Don’t Lie rhythm, and ‘Mama Mi Queen’.

Sone vows to 'Overcome' racial injustice in the USA

Sat Jul 25 , 2020
"The message from Sam Cooke was 'Change' which is what the leaders of the day like Dr. Martin Luther King Jr. were preaching. Today our challenge is the same, but our message has a stronger foundation because of what the leaders of that time did. They stood up for what was right and because of their sacrifices we can sing loudly and boldly with a different kind of confidence that we shall Overcome,” he added. 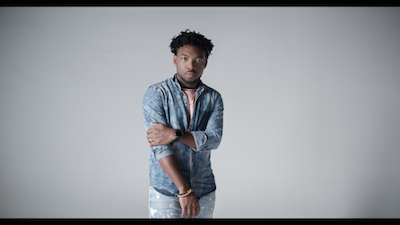