Jamaican-born gospel-reggae artiste Cecil Wilson, more popularly known as Soné, is encouraged by the response of a selected Christian fanbase chosen on Instagram to review his latest single, ‘Overcome’. .

‘Overcome’ was inspired by Sam Cooke’s song ‘Change’ which was released in 1964. It is a soothing salve for the downtrodden who are calling for racial justice and equality and systemic changes particularly in the United States.

“The message from Sam Cooke was ‘Change’ which is what the leaders of the day like Dr. Martin Luther King Jr. were preaching. Today our challenge is the same, but our message has a stronger foundation because of what the leaders of that time did. They stood up for what was right and because of their sacrifices we can sing loudly and boldly with a different kind of confidence that we shall Overcome,” he added.

The single will be released on August 14th on the Soné Ministries Label. This project will also help less fortunate children as Soné will donate 50 per cent of the sales proceeds to the Samaritan’s Purse organization.
Sone’ believes the song is an anthem for all those who seek justice, equality and systemic changes in the 21st century.

“It is a confident cry, filled with hope and the strength of those who came before us.”  There is a video in the works for the song,” he said.

A licensed minister in the church, he currently serves as a youth director at New Life Fellowship Centre, pastored by Bishop Ruddock in Sunrise, Florida. The artiste was baptized in 1998 at the age of 12, and he has not looked back since. He believes that a ‘change’ is coming because of the broad coalition of support built by the Black Lives Matter movement.

“The Black Lives Matter movement initiated change, but interestingly, it is not the blacks alone who are sparking the change, but, also the young, white people who are driving this change. Without them, the change, the police reform that is happening now, would not be possible,” Sone said.

Soné grew up in the parish of Clarendon, and attended Clarendon College where he excelled as a football player.

He migrated to the US after completing high school. Soné regularly performs on the gospel circuit in the USA, Caribbean, and regularly performs in other regions. He has shared stages with Stoneboy, Capelton, Tye Tribbett, Kevin Downswell, DJ Nicholas, Sister Scully, Sandra Brooks, among other renowned gospel artistes.

Sun Jul 26 , 2020
The philanthropic effort cost over $520,000. The family is elated as it allows 52 year-old Kathleen Badnol, and her 27 year-old son Shamar Chin to live in more hospitable conditions. 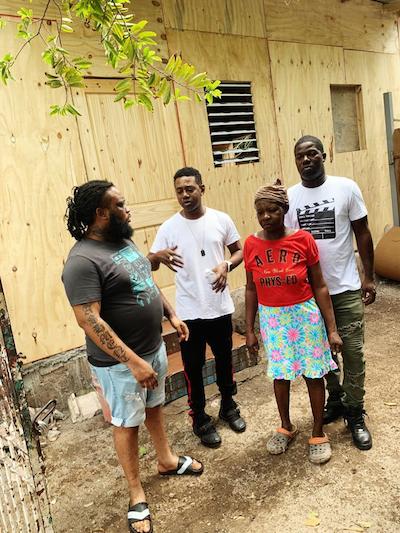