Music producer Troy Montgomery is getting a lot of positive feedback with the release of the Climax rhythm project which features a host of up-and-coming artistes as well as a host of savvy veteran stars like Macka Diamond, Roundhead, Jigsy King and Powerman.

“I had produced a song for Jigsy before, but this is my first reggae project. In the past, I did mostly hip hop with up and coming artistes. So I am back to my roots with reggae music, that’s what I am feeling now. But with me it is whatever the vibes in the studio, that’s what I do, whatever the ‘mystic’ tells me to do,” he said.

He is seeking to amp up the promotion of the ‘Climax’ rhythm which project was released on the RGEthelabel (Rockland Grand Entertainment) in January 2021. The label bankrolled two videos for singles from the Climax project. He released Macka Diamond’s ‘Independent Ladies’ in January, and he will be releasing Mwanamke Imari’s stylish ‘Tutty Mill’ video on March 3 2021.

Montgomery is particularly pleased with the efforts of the upcoming artistes on the project. Artistes such as Keydon , Agasha with ‘Bun Fi Bun’, Chezz with ‘Blessing’, Gang Feel left with ‘Bad Gyal’ Silky D with ‘Sexy Lady’ and RGEthelabel signed artiste Mwanamke Imari with the spunky ‘Tutti Mill’.

“I really like the efforts of the young artistes, they brought their A game to this reggae project, particularly Imari who is signed to my label. The future looks bright for the music business with these young talents,” he said.

Montogomery hails from Red Hills Road in Jamaica but migrated to the USA at a young age. He grew up in New York where he attended Spring Valley High school where he developed a passion for music, hip hop, reggae and dancehall.  Upon graduation, he became an entrepreneur and opened up a successful business venture which he operated for years.

However, he still had a burning love for music, and he started his label in 2017, the RGEthelabel.

“I got into music by managing some up and coming talent and was trying to find the best way to get the artistes some studio time and rhythms. It was a struggle at times so I decided to do it myself, and I began to do a lot of hip hop beats at first. But now I have returned to the root, I’m doing more reggae now but I still do hip hop beats,” Montgomery said.
He plans  to release new projects in 2021, which are sure to be well-crafted machines of hip hop and reggae which will showcase Montgomery’s vibrant vocals and contagious sound.
“I want to  work with as many American and Jamaican artistes as I can. Growth is a big word here. Despite  this entire pandemic we stayed consistent constantly working under mass pressure and creating content. My team and I had to sit back and change strategies completely on the fly in order to adjust to this new climate, but we plan to do big things in 2021,” he said.
You can check out the label’s content on its social media platforms. Facebook -Rgethelabel Instagram -Rgethelabel
Www.Rgethelabel.com
YouTube- rockland grand entertainment
SoundCloud – Rgethelabel

Artykal ready to start the 'Celebration'

Mon Mar 1 , 2021
Dancehall singjay Artykal has reason to celebrate as his latest album, ‘Celebration’ generated 5,000 streams within one week of its release date on December 25, 2020. “The reaction has been pretty good, the album peaked at #33 on the reggae iTunes  and that represents significant growth in my career,” the artiste whose […] 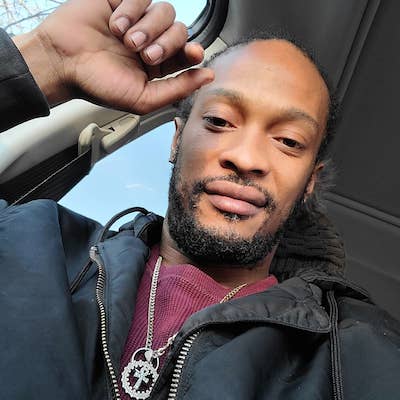