Two men, both relatives, died in a head-on crash in St Ann this morning.

The police have identified both men as Elkeito Mushette, 55, of Greater Portmore, and Sheldon Mushette, 29, of Spanish Town, both in St Catherine.

The younger Muschette had to be cut from the vehicle, according to witnesses.

According to the police, they were killed when the Nissan panel van the elder Mushette was driving towards Kingston slammed into a Jamaica Urban Transit Company (JUTC) bus heading towards St James.

The accident happened shortly after 9 a.m. along the Richmond main road in the vicinity of the Royal Plantation housing scheme.

The driver of the JUTC bus was treated at hospital along with 45 passengers, one of whom remained hospitalised in critical condition.

Reports are that the JUTC bus was taking members of the Angel Assemblies of God in Spanish Town on a church trip.

Westmoreland's most wanted killed by cops 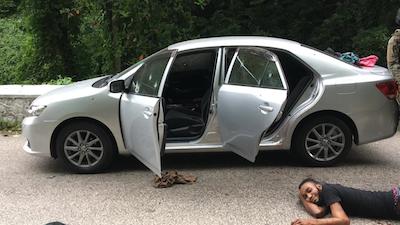