St. Catherine-born deejay Kemar “Nigma“ Watson is pleased with the feedback to his single, ‘Put In the Work’

“People love the song, everybody ah say ah it this, this is the song to really launch my career, everybody ah endorse it,” Nigma said.

The song which will be released on the Christopher G Records label, this Saturday, August 3rd alongside other tracks on the Revue riddim.

It will be included as one of the a new 12-track mixtape dubbed ‘Nigma Vision 2k19’ this Summer.

“The streets know me as a really talented singjay, and we plan to shoot a video for Put in the Work’ cause it will be the lead track of my upcoming mixtape,” Nigma said.

He performed at a birthday bash at the Caymanas Bay Mineral, and the Stone Love Weddy Weddy Anniversary earlier this week. Nigma is also booked to appear on a couple of shows this Summer including a major show where he will be performing alongside artistes such as Shane O, Junior Reid and other

Earlier this year, he released another song, ‘Dem Nuh Mightier Than You’ which was produced by Konsequence Muzik, and he got a buzz with ‘Procedure’.

Mon Aug 5 , 2019
Dancehall deejay Pretti Kitti, who is known for sexy club bangers which talk about romantic relationships, is taking a more hard-hitting approach with a rude-gal anthem called ‘Tek Ova’. “The inspiration behind ‘ Tek Ova’ was just me wanting to show a different side and the overall versatility of Pretti […] 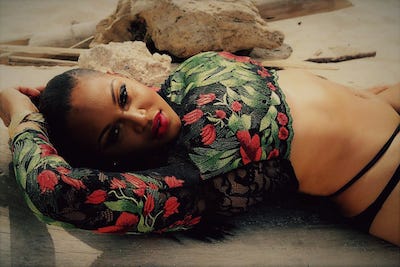