Dancehall singjay Nerro is generating a big buzz in dancehall circles with his latest single, ‘Money Best Friend’, his most commercially successful song to date.

“I am pleased with the response to ‘Money Best Friend’. It is a definite attention grabber, the fans say the beat is different and they love the unique flow, and the message that money is your best friend. My music is mostly streamed in North and South America, Africa and parts of Europe, so things are looking up, especially in Zimbabwe,” Nerro, whose real name is Leon Levy, said.

The single, which was released on Prime Time label in August, is accompanied by a music video. The ‘Money Best Friend’ song peaked at #9 on the Spotify top 100 pop music chart last month. He explains the rationale behind his conrtroversial ‘Money Best Friend’ philosophy.

“Mi give everything to people, mi always try to put a smile on people’s faces , give them everything mi have, and in the end, mi ah the sad one, that’s why mi say money is my best friend because it gives comfort but only if you have inner spiritual value. Money can create stress, money creates problems but we cannot live without it, it is the exchange for any product; so money is the key to comfort, but your inner spirit is the key to life, so money ah my best friend,” Nerro said.

Nerro has followed up that success with a new single dubbed ‘Dweet Fi Yuself’, which was released on his own label, Malitia Music label, in September, and is now available on all major download platforms.

“I built the riddim for the song, and I produced it, so I feel extra pride that the response has been overwhelming especially when it comes to streaming numbers in the African territories. The song is now on local mixtapes, so it’s starting to catch on now in Jamaica,” he said.

The son of veteran star Barrington Levy, Nerro is finding life in the music industry challenging as a second generation star.

“It’s kinda hard but nothing comes easy so I make the journey fun, then make a hard entrance. My brother, Krishane is in the business, also my sister, Nadine Levy. People feel it should be easier for me, and my father is very supportive of my music but I want to make my own way in the business, that’s why I created the Malitian Empire,” he said.

He has signed a female artiste, Halo, to his Malitian Music label.

Raised in the community of Waterford, Portmore , Nerro was introduced to music at an early age as he was inspired by his father, Barrington Levy. After leaving Greater Portmore high school, he began to hone his craft at various studios and performed at community stage shows and events in St. Catherine. He also organised parties, and dabbled in radio as a disc jockey before deciding to devote all his time towards his craft in memory of his late mother who passed away a few years ago.

He got his first big professional break performed at Sting 2014. Since that time, Nerro has reinvented his sound, and fine-tuned his delivery to emerge as one of the fiercest new voices in dancehall.

“My individual quality that differentiates me from others would be my overall approach when making music. I try to do different things away from the average I try to sound different but keep it authentic. My music will have a great impact on all listeners, on the fact that I do songs based on reality or simply, songs from the mood am in, describing real events,” he said. 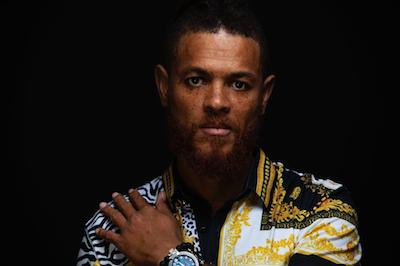