A 26 year old Jamaican has been charged with murder, after a stabbing death of her countrywoman, another Jamaican woman in April of this year.

Dead is 34-year-old Shockaya Natalya Boyd, who was pronounced dead at the Queen Elizabeth Hospital after the stabbing incident, which occurred along Bay Street, St Michael around 2:30 a.m.

This morning, Tedesha Ann-Juliet Hayles appeared in the District ‘A’ Court before Magistrate Douglas Frederick and was not required plead to the indictable charge.

However, the prosecutor, Station Sergeant Neville Reid, objected to bail on the grounds that Hayles is a non-national. He also told the court that the charge against the accused was likely to be upgraded, based on the outcome of an autopsy into Boyd’s death. 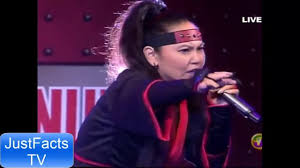