International dancehall star Wayne Wonder has teamed up with fellow hitmaker Frankie Sly and emerging producer and singer Pete Starr to drop a new afrobeat single, ‘Party All Night Long’ which celebrates the end of the COVID-19 lockdown.

“We have been on lockdown for two years, so what we must do now? Nuh Party All Night Long!” a pumped up Frankie Sly said.

“We’re going all out with this single, weh no dead, no dash it weh, we outside, live and in living colours. The song ah kettle up, it’s been added to many radio stations rotation so every deejay ah go play it, however it was firstly played on HOT 93.7 WZMX Connecticut.”

The single, which was officially released via digital download platforms on the 1 House Records label on April 15th, has been added to rotation lists of several major radio stations along the eastern seaboard of the United States, and also radio stations globally in the UK, Europe, Africa and Jamaica.

Frankie Sly and Wayne Wonder will also be making an appearance on the popular ‘Reggae Ride To Work’ friday morning show with DJ Buck on HOT 93.7 in the near future.

“I didn’t like the solemn state dancehall music is in therefore I teamed up with the legends Wayne Wonder and Frankie Sly for Party All Night Long on my new Afrobeat rhythm, and the song is an international hit,” Pete Starr, who is also an airplane pilot, said.

Pete Starr, whose real name is Peter Henry, first got involved in the production aspect of music by engineering a project which included his school friends from St George’s College. Pete Starr’s first project was “The Greater Glory Riddim” which featured songs that reflect his philosophy of positive vibrations.

The early positive feedback to the song has fast-tracked plans to shoot the music video. Frankie Sly is excited about the early buzz.

“The feedback has been overwhelming, so great that we are putting measures in place for me and Wayne to meet in Miami for the video shoot, as soon as possible,” Frankie Sly said.

The Wah Wah singer, who now resides in the US, made his professional recording debut in 1993 with the songs Grab it Up and Six Six. He wrote songs for dancehall’s elite and toured extensively with Buju Banton, Wayne Wonder and Baby Cham. He is known for songs such as Haters Anthem, Fassy and Ambulance.

Wayne Wonder is a proven hit maker whose career exploded globally in 2003 when his album No Holding Back and the single “No Letting Go” were released on the major label, Atlantic Records. The single eventually peaked at # 11 on the Billboard Hot 100 Pop chart. He was nominated for a Grammy nomination for Best Reggae Album for No Holding Back. The follow-up single and video “Bounce Along” peaked at #12 on the UK pop charts.

Perjah sings about the 'Choppa' lifestyle

Fri May 13 , 2022
Reggae-Dancehall artiste Perjah has stepped into the spotlight in a major way, generating major attention with his latest single, Choppa, which was released on May 1st on the Ballaz Ent Records imprint. “Everyone wanna be a choppa, this song addresses the get-money fast culture in Jamaica, there is a lot […] 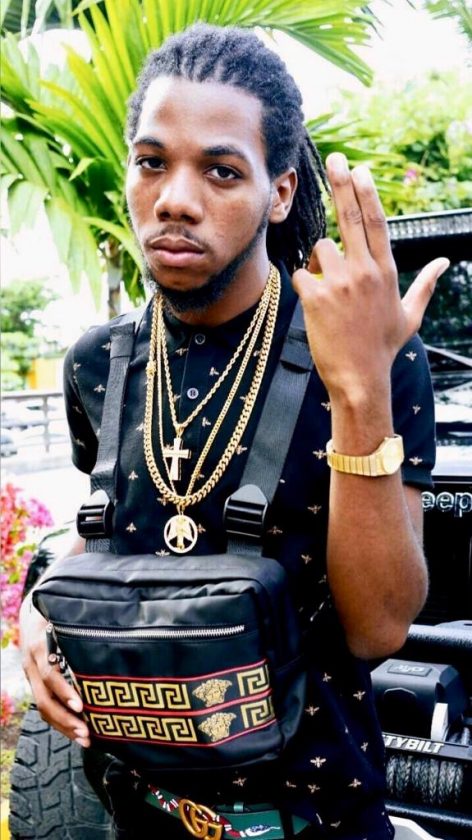