Music producer Fitzroy Francis is elated at the early feedback that he is generating with his latest release, ‘African Civilization’, released on his independent label, Mightyful Records, on July 24th.

Francis wrote the song which is performed by the singer Freddy Green. He revealed that he was inspired to write the song after reading a non-fiction novel.

“After reading the book called “The Destruction of Black Civilization” I was inspired to reiterate the effect it has to do with African Civilization both home and abroad. I hope to achieve that the message reached the people of African descent who have been misplaced by distorted truth and geographic dislocation,” he said.

Released on the Mightyful13 Records label via all digital download platforms on July 24th, the song will distributed by Vpal Music worldwide.

More than 12.5m Africans were traded between 1515 and the mid-19th Century. Some two million of the enslaved men, women and children died en route to the Americas.

The Black Lives Matter movement has shone a light on the damaging legacy of colonialism and slavery on African Americans and other people of African heritage around the world. Statues of colonial-era slave traders have been pulled down as protesters demand an end to the glorifying of symbols of slavery.

Francis’ personal philosophies are grounded in the teachings of black leaders like Haile Selassie and Marcus Garvey.

“Philosophies that guide me are my parent’s teachings, Marcus Garvey, and ultimately Emperor Haile Selassie I,” the man who is also a promoter, road manager, poet, and songwriter, said.

Born on October 24, 1966, he grew up in Jamaica, and has formerly resided in Queens, New York.

Francis’ entry into reggae music began immediately after leaving Kingston College in 1985 when he met graphic artist Herman Cain who then taught him the Intellectual Rights of the music business and gave him the book “This Business of Music.”

His first real involvement in the music business was with Promoter/Producer Dave Clarke’s One Drop Music in 1988 where he did stints as a salesman at the famous Lion Den in Ocho Rios, St Ann, Jamaica. Due to Hurricane Gilbert, the business was closed.

He then followed that up with sales Rep work, in 1989, for Junior Reid’s JR Production where he distributed the singles “Married Life’ and #1 hit records ‘One Blood’. He then moves to Castro Brown’s New Name Music, Jamaica’s first all computerized musical studio at the turn of the new decade. While working at New Name Music, Fitzroy was given the scholarship to pursue a course in computer, which was very successful.

In the Summer of 1990, he starts to work for Washington DC base CEO David Pansegrown’s Digital Kulcha and Music Lion record label. However, Francis’s first experience at producing began in 1991 with Andrew Bees, and in 1995 he produced Bees’ debut album “Militant”.

In 1996 he went on his first music tour in the US with Andrew Bees and the group “The Itals” before being appointed as road manager for Grammy-winning reggae group Black Uhuru in 1998.

Between the years 2000-2003 Francis toured extensively in Europe and throughout the USA with Black Uhuru and legendary producing duo Sly and Robbie. Francis then joined forces with reggae veteran Chuck Fender between 2005-2008 as the artiste’s road manager and business consultant. Francis, who grew up in Waterhouse, St Andrew, then migrated to the US in 2009 and later formed his own music label Mightyful13 Records in 2011.

To date, his label has released the successful “Essence of Life” and the “Mighty In Battle” riddims, which features Chrisinti’s hit songs Heart of A Champion and 36 Bullets respectively.

Francis continues to tour with Black Uhuru, his latest stint was in 2012 throughout Europe as the famed group road manager. He also currently manages new female reggae sensations Chyna Nicole, who has just released her debut album “20 Years In The Making”.

A fervent Rastafarian, Fitzroy Francis grew up hearing the teachings of Ras
Tafari by his late uncle Victor Clarke aka Bongo Vic, Kojo Brown, Color Red, and Black Uhuru’s Derrick “Ducky Gong” Simpson, he is also a member of the Nyahbinghi Order of His Imperial Majesty Emperor Haile Selassie I the First.

Sat Aug 1 , 2020
The Baby Momma Music marketing team has used the month of June to mail out over 2,000 plus CDs to her legion of fans Canada-wide(North America and Europe) who made monetary contributions towards defraying the production expenses for her eponymous Chelsea Stewart album. 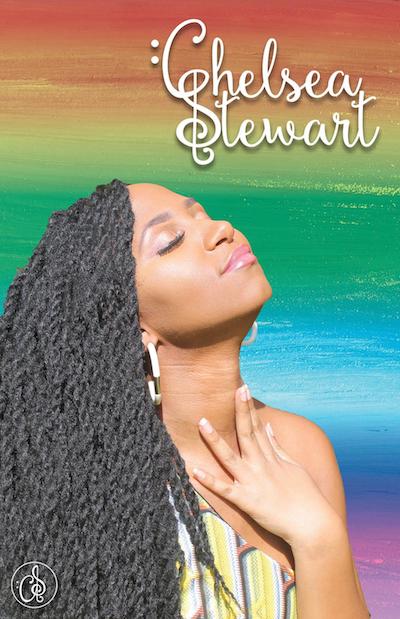