Dancehall artiste Chuky Theoutcome has come out swinging against the recent trend of authorities locking off entertainment events at 12 midnight. He contends that the practice has a negative impact on the wider community, and has recorded a song called ‘Jamaica Jamaica’ which articulates his beliefs.

“I disagree totally with the locking of off dancehall parties at 12 am when it is widely known that these events feeds the entire community and even help keep the peace in certain ghetto areas. At every level, several people benefit from an event: the cigarette woman/man, the jerk man , the park attendant, the selectors, the taxi-men, the dancehall performers who use their earnings to feed and support their children. A country’s overall economy depends on the entertainment industry, and as a result, things should be done to enhance it and explore its full potential,” the deejay said.

Chuky Theoutcome has joined the chorus of entertainers and industry insiders who have been making an appeal to the Government to make changes to the Noise Abatement Act, which dictates strict lock-off times for events held up to 2 a.m. on a weekday, and up to 4 a.m. on the weekends. At present, the cut-off time for events on weekdays is 12 a.m., and 2 a.m. on weekends.. There is presently a ‘No Music, No Vote’ movement that has gained traction on social media with .

“When I made ‘Bamboo Man’ which became a street anthem in the Kingston 11,13 area it was the street selectors / community who helped push this song. We all want to see a better Jamaica in the sense that the music is represented by government as a national heritage that the world recognises and can enjoy. My song ‘Jamaica Jamaica’ is delivered from the point of view of a UK tourist, maybe Parliament will consider my narrative,” he said.

The ‘Jamaica Jamaica’ song will be released on September 19th via the Unorthodox Records label, and is also released on the artiste’s YouTube channel.

Chuky TheOutcome is based in the United Kingdom and is known for the single, ‘Bamboo Man’, released in 2015, and which started a trend of buxom, young women prancing around in the dancehall carrying unwieldy pieces of wood. He grew up in the UK but splits his time between Jamaica and the United Kingdom. 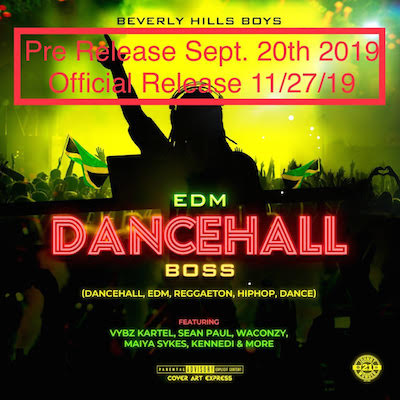