Reggae artiste Tilibop believes that music and entrepreneurship may be the panacea to ease the scourge of gang violence in August Town, St. Catherine. The ‘All That’ singer has pledged to provide headphones and essential studio equipment to any youths who want to build a studio in the war-torn community to nurture and develop young talent.

“I have already started this initiative, I gave some youths in Jungle 12 an M Box for their studio, and I will give any youths free headphones and studio equipment to any youth on any corner who wants to build a studio, just link me via tilibopfreeworll@gmail.com, and show me the finished studio,” Tilibop said.

He believes that the true power of reggae and dancehall lies in its ability to aspire and inspire. That in itself is influence

“Music is without a doubt a source of influence, it is also a viable legal path out of relative poverty and difficult circumstances. Music as a creative artform has allowed thousands of young people to actualise dreams, It’s one of the few entrepreneurial fields which arguably has no ceiling, even in COVID-19 times, people will always listen, buy or party to music irrespective of the economic climate,” Tilibop reasoned.

He commended the violence-intervention efforts of social groups in the area and the youths themselves who have halted hostilities in the past month.

“If the war ceases for even a moment, we have to commend the youths, especially when dem do good. We have to commend the youths who can look into themselves and find their own truth. The youths dem grow up in the struggle, but no one showed them how to do it, how to survive, how to live. Music can show them the way, we can have one August Town, that is my vision, one August Town,” Tilibop, who grew up in the eastern St. Andrew community, said.

The community, which is 4.7 square kilometres, has witnessed a flare-up of violence over the past few months that has resulted in seven murders and 14 shootings since the start of the year. All of these incidents have been gang related. Last month, the government had imposed a Zone of Special Operation (ZOSO) for the area to dismantle the gangs which operate unchecked and are a source of crime in the St Andrew Central Police Division.

Tilibop remains optimistic about the prospects of a unified and violence-free community.

“The crime rate ah drop right now in August Town and all over the island, I am getting a lot of feedback from youths who love my ‘All That’ song, it ah give the youths the energy to pree themselves, and ah awaken a revolutionary element in the youths dem so they reject violence and embrace elevation and upfulness,” he said.

August Town has benefited from several anti-violence social-intervention efforts over the years, and in 2016, it was celebrated for having zero murders recorded.

“We can create one August Town, we have to show the youths dem there is a better way,” he said.

Tilibop is promoting his debut album, ‘I Am Reggae’ which showcases singles such as ‘Psalms’, ‘Pirate’ and the hard-hitting and popular ‘All That’ , the latter of which has been added to regular radio rotation in countries such as New Zealand, Australia, Costa Rica, the US, Canada, Mexico, The Netherlands and Italy.

Wed Aug 12 , 2020
"I wrote 'What's Life' based upon my personal experiences with people pretending to be friends but deep down realizing later they are envious of you and want to see you fail. The times we are living in now people are so perilous and evil so I am just trying my best to send out this important message so people can look into their lives and be more careful of who and what they focus their energies on because not everyone that comes around should be around," Prohgres reasoned. 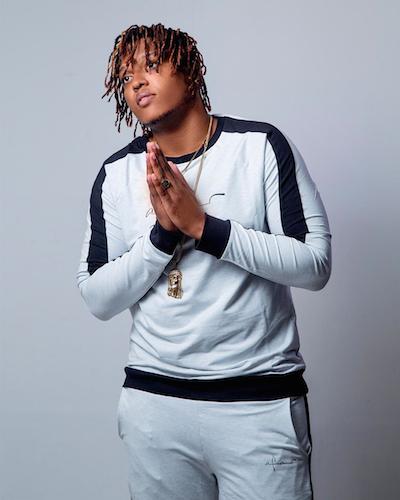