Dancehall artiste Don Simar is not your typical 18 year-old teenager. The charismatic youngster has a finely tuned sense of public service, that’s why he has been using his IG page to post timely videos offering sage advice on social distancing to his followers who hail from his rural communities as the coronavirus pandemic deepens.

“Being a leader amongst my peers means that I have become the voice of the youths cause that’s one of the things I want to be, to be a voice of the downtrodden and disenfranchised. That’s why I have been warning people of how serious this COVID-19 thing is and championing good hygiene and social distancing,” he said.

With his breakout freestyles and charismatic postings, Don Simar has established a strong presence on social media, racking up close to 30,000 followers on Instagram. His consistent presence on social media, promoting himself and his songs has started to pay off, and the young artiste is on the cusp of signing a deal with an overseas-based record label, World Universal Records/Empire.

He is already widely regarded as a legend in his Penlyne Castle community located in the cool climes of the Blue Mountain hills in St. Thomas. He attended Penlyne Castle Primary, before completing his secondary education at Seaforth High school where he graduated with 5 subjects. At one time, he wanted to be repair technician but music soon became his one true, all-consuming passion.

He was inspired by an older artiste in his community to first make music. Then he discovered legends such as Shabba Ranks, General Echo, Popcaan, Bounty Killer, Prince Buster, Bob Marley, Vybz Kartel and several others.

“Everyday, I am learning something new in life, or in music. The process is very exciting because I want to learn,” he said.

He recorded his first song, ‘Leff Him’, which was recorded in Bobby Digital studio by Calibud in December 2019. The song was produced by Romii and Don Simar himself, and it will be distributed on all digital download platforms by World Universal Records in 2020.

Don Simar was set to release a battery of other songs last year when life threw him a vicious curve ball with the sudden tragic death of his brother.

“I was devastated,” he said. “My brother meant a lot to me, I couldn’t even perform at Popcaan’s show at Goodyear Oval, I was unable to do anything because I was so deep in sorrow, but in the future, my fans will get to see me on different stages all over Jamaica and the world,” he said.

In the meantime, Don Simar has honed his stage craft to a fine edge by performing at numerous community events at Penlyne Primary, and Seaforth High, and he has done several live performances on his Instagram page where he has an uncanny connection with his online fans.

He has continued to write and record music, scoring his first bonafide hit in 2020 with the hard-hitting dancehall banger ‘Shakey’. He writes all his own songs and he is working on a debut EP.

“I write all of my material but I am not one of the persons who is just going to stick by that route. Major stars like Beyoncé and Rihanna have evolved to the point where they don’t have to write their songs no more. I create all my stuff and put them on my IG and if the fans like it, I’ll record it. I don’t have a problem collaborating as long as it make sense and it’s going to help me or to enhance my career,” he said.

Don Simar’s future shows great promise. He has been approached to be brand ambassador for a clothing company, in addition to having requests from other brands for product placements in his videos, and for acting roles in upcoming film projects.

“I put everything in God’s hands because at the end of the day, He determines what I do and at this pointIi can only live for today, I can’t forecast tomorrow but I know I want to be one of the major acts in the dancehall genre and throughout the world,” he said. 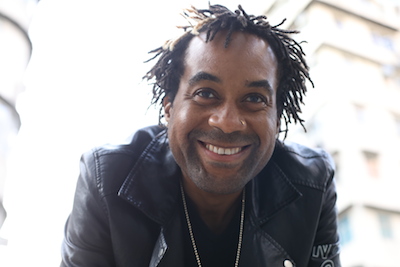