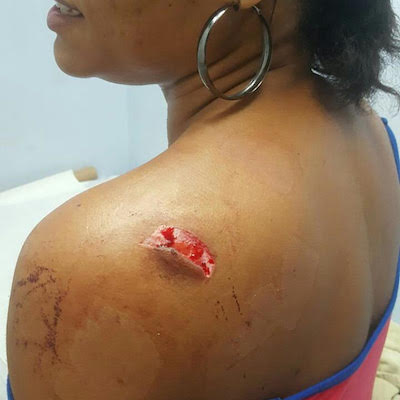 Dancehall artiste Bridgez was stabbed in the head during a bizarre incident at the jerk chicken spot on Red Hills Road over the weekend.

“I was at the jerk chicken stand. The man drove down on me. When I drove up, he had space behind him to leave but him say him waan leave where I was coming from. I told him I can’t reverse out in the road so give me five minutes, them ago deal with  me quick cause they always deal with me as mi drive up. The man go in his car for a knife and start scratch up my car. So mi come out the car fi stop and stabbed me in the head. Everybody start bokkle him after that,” she said.

The incident happened on Friday night, but she didn’t officially report the incident until Sunday at the Constant Spring police station after being “given the runaround”.

“I don’t know why they took so long to take my statement,” she said. She used her phone to record the incident, and she will be on CVM tomorrow morning where she will explain her plight to the people of Jamaica. 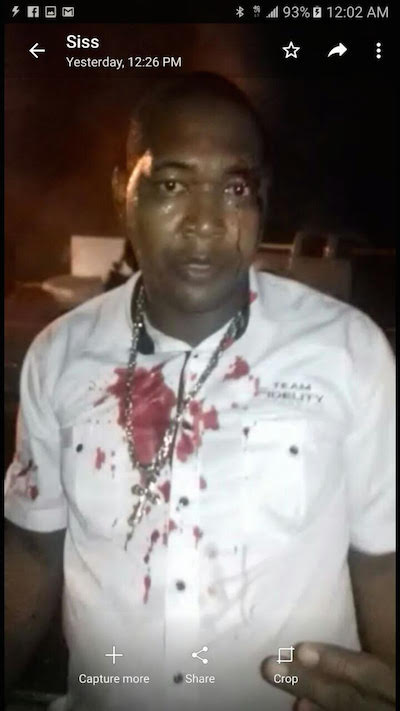 She got five stitches for the wound to her head and ten for the knife stab in the back.

Safira Mono burns a fire on the modern-day slavery in Jamaica, disses Ms. Kitty and Yanique 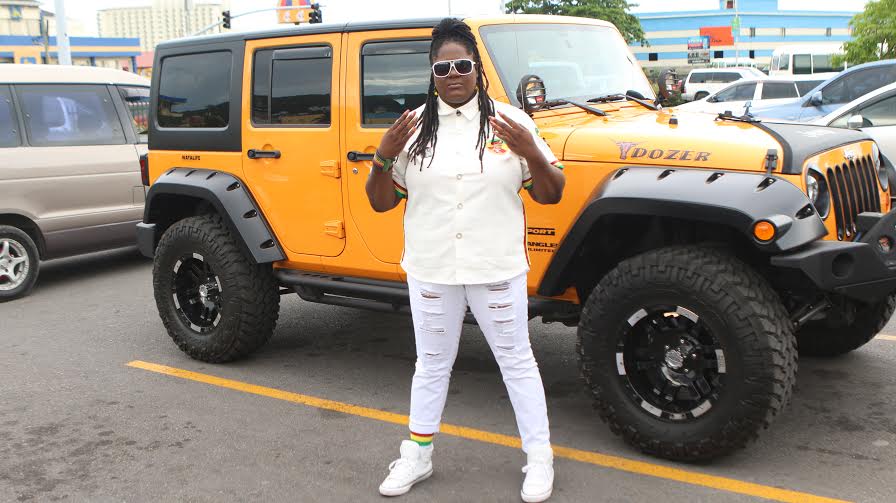